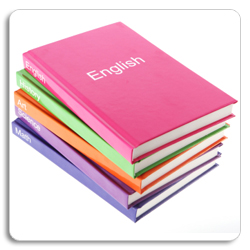 Outcome-based education (OBE) may represent the most serious threat to both public and private education we have faced in recent years. While generally described by state and federal education leaders as a program developed at the grassroots level, it in fact seems to be a very carefully orchestrated effort to implement federal guidelines and apply them to public and private schools of all types and to home schools by means of more comprehensive compulsory attendance laws, changes in requirements for approval of teacher-training programs, and changes in teacher-certification requirements.

As researchers have reviewed the goals of OBE, they have found them to be remarkably similar from state to state, and in many cases the goals are virtually identical. How could this happen if they had been generated at the grassroots level by educators working independently to develop goals uniquely designed to satisfy the needs of their community? Obviously, they were not developed in that manner but rather were produced through strong influence from a common source.

It is not only the political and religious conservatives who are expressing concerns about OBE. The liberal element of the educational establishment also has reservations. The use of business criteria for evaluation of schools is one of the concerns. They see this approach as focusing too much on input/output factors that are of more importance to business than to society as a whole. Others opposing OBE see its proponents as having oversimplified the problems and their solutions, and they are not certain that the results of OBE will be any more satisfactory than the present system.

Like many issues in education, outcome-based education is difficult to describe or define. There is no generally accepted, comprehensive definition. There is no generally accepted, comprehensive model to examine. Some of the terms commonly given to programs of education we have come to associate with outcome-based education are Exit Outcomes, Lifelong Learning, Mastery Learning Restructuring, Result-Based Education, and Turning Points Curriculum. Why so many different names for essentially the same thing? One might ask whether the object is to confuse the public. Some of these ideas are relatively new, but most are revisions of older programs previously considered and rejected or of programs that have been tried and have failed. All, or nearly all of them, can be found in former President Bush's America 2000 and President Clinton's Goals 2000 programs.

According to William Spady, director of the International Center on Outcome-Based Restructuring, there are three types of OBE: traditional (which utilizes the school's existing curriculum and alters its objectives to focus on OBE-type outcomes), transformational (complete OBE structure that requires restructuring of the school, its faculty, and its curriculum), and transitional (which falls somewhere between traditional and transformational). Most opponents of OBE cite examples from transformational OBE.

Are these programs harmful, and should parents object to their implementation in local public schools or even in Christian schools or home schools? Yes, they are harmful; and yes, they should be opposed. But they must be opposed with reason, or we will once again simply be labeled "reactionaries" and "opposed to progress." If the average citizens currently opposing OBE knew what is already going on in their own local public schools, they would in many instances be more shocked about that than about what is presently under consideration as OBE.

The process of education is so value laden that virtually everything done in schools positively or negatively affects what we as parents believe and are trying to instill in our children. OBE has caught our attention because we are being made aware of the implications of what the proposed changes will do to the basic structure of the educational system of this nation. If many of these ideas had been introduced individually, they would have, in most cases, been implemented with little fanfare or public reaction. In fact, many of the components of what we now call OBE are already in place in many public school districts across the nation.

It is important for everyone to understand that educational methods are generally not inherently good or bad. It is how the methods are implemented and with what they are associated that assign to them qualities of good or bad. An understanding of that concept is essential to the evaluation of any educational program. Many of the ideas encompassed by some forms of OBE are not inherently bad; they are bad because of the manner in which they would be implemented.

Parents and educators in states that have moved toward the adoption of OBE have found that the manner in which educators propose to evaluate students presents definite problems. But of even greater concern is the "hidden agenda" that is apparently behind the entire concept.

Plans for OBE were made in the early 1980s with massive federal funding. OBE had its formal beginning in 1984-86 in Utah when Terrell Bell was secretary of the Department of Education. The stated purpose of the Utah project was to provide the means to implement OBE in every school in the nation.

Among the common characteristics found in OBE programs are an emphasis on the affective rather than the cognitive domains, less objective means of evaluating student progress (such as elimination of conventional letter grades), a de-emphasis of individual differences, the elimination of conventional grade levels, a de-emphasis of gender and cultural differences, an emphasis on group rather than individual progress, year-round schooling, teachers who function as facilitators rather than transmitters of knowledge, minimizing or elimination of phonics instruction, school-based health services where students are instructed and treated (often without the knowledge or consent of parents), and greatly expanded electronic portfolios on students and their families. Space will permit us to deal specifically with only a few of these items.

Some critics feel that the most serious aspect of OBE is its departure from the traditional means of determining eligibility for high school graduation based upon Carnegie units and conventional letter grades. OBE proposals will change the entire concept of evaluation as we have known it. The emphasis will not be on what the school will attempt to do and whether or not the child accomplishes its objectives, but rather on what the child will be able to do with very nebulously stated objectives. Conventional grades, grade levels, achievement testing, student records, and Carnegie units of credit would be eliminated or significantly altered.

Comprehensive data would be maintained (in some areas is already being maintained) in electronic portfolios that could be made available through computer networking to any bona fide educational unit without the knowledge or consent of the student or parent. In addition to traditional educational data that has always been maintained (but which was released only with the express consent of the student and/or parent), data would be collected on the characteristics of the family, the physical and mental health of the family members, and the beliefs of the family about crucial social issues, including how likely they would be to cooperate with majority views expressed by the general public. These data would be available to prospective employers but would require the consent of the student and/or parent. Presumably the file would be transmitted on an all-or-nothing basis. While consent would be required, data on an entire family could be released to a prospective employer when information on only one individual is needed.

OBE also uses the occasion of change to enlarge the age range of the student population involved in public education programs. North Carolina is one of the approximately thirty states that are seriously considering adopting OBE. Five school districts are currently in the process of developing OBE for their district on an experimental basis. In Gastonia the OBE program has been named Odyssey. This program expands the student population from the traditional five- to eighteen-year-old range to a program of basic schooling for students ages three to eighteen and adds a developmental component for prenatal to age three.

Outcome components identified by the Odyssey program are the following: communicator, collaborator, creative producer, critical thinker, and concerned and confident citizen. In every description of OBE that I have seen, the focus has shifted from an emphasis on the cognitive domain to the affective domain. This means the focus is on attitudes, values, feelings, and emotions rather than on subject-matter content. One cannot help wondering how a program that places less emphasis on the development of knowledge and skills can help us compete more effectively with other nations whose systems of education supposedly are already producing more able students. Outcries from enraged citizens in Gaston County have been so b that their entire Odyssey program may possibly be scrapped as a result of loss of funding from their major supporter.

The Commonwealth of Pennsylvania has been involved in the development of OBE over the longest period of time and seems to have achieved the highest level of development to date. When the State Department of Education proposed moving to OBE in 1992, 545 outcomes were developed that were to be evaluated at the conclusion of a student's education. These were shortly reduced to 55. The following are illustrative of these outcomes:

Public outcry in Pennsylvania has been so loud and so b that as many as seven revisions to the program have been necessary since it was originally announced. These changes have largely been the direct result of resistance organized by the Pennsylvania Parents Commission. Grassroots opposition to OBE has probably defeated efforts to implement it there or at the least will have resulted in major modifications of the original proposal. The experiences of parents in Pennsylvania can be of valuable assistance to parents opposing OBE in other states.

The issue of choice in education is once again very popular. Although those who support OBE have probably never considered using choice for their own ends, it would be very easy for them to do so. Choice programs give parents the option of choosing public or private schools for the education of their children. A predetermined amount of money would be available to parents to place their children in a public school district where their children would not normally be eligible to attend. The choice funds would help them purchase those services. Or parents could choose a private school, sectarian or nonsectarian, to meet the educational needs of their children. It sounds great to parents struggling to find more acceptable means of educating their children. But the historical record clearly reveals that government regulation follows government money. Choice plans that were used by Christian parents to pay for education services at Christian schools would make it easy for the government to increase its controls on these schools with the support of parents.

Parents, especially Christian parents, need to become involved in expressing their opposition to OBE, particularly at the local school district and state legislative levels. The experience of others has demonstrated that little can generally be gained by attempting to work through the educational bureaucracy because these people are not accountable to the public. However, school board members, state legislators, and, in some states, the state superintendent of schools are subject to popular election and, consequently, must take the views of the public into consideration. If you do not know whether your local school district or state is involved in OBE, contact local school board members or call the school district office and make an inquiry. It is best not to indicate whether you support or oppose OBE when making your inquiry.