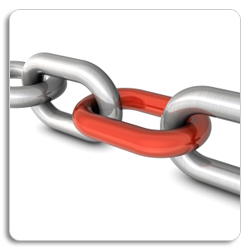 Should both Christian and secular curriculums be part of your child’s education?

"Christians have, for half a century, been concentrating on evangelism and ‘personal’ Christianity, almost completely abandoning science and education to the evolutionary humanist. It is not enough merely to win individual students and teachers to Christ, important as that may be; we must win education to Christ!"1

There is no middle ground. Either education rests on a biblical perspective, or it comes from man’s point of view. Every Christian educator would heartily agree that the goal is helping young people love God with all their hearts, souls, and minds. The discussion begins only when we try to define how that goal should be pursued.

Do Secular Texts Teach Students How to Discern?

Many home educators believe that they can accomplish the mission with a secular text—just so long as they are skilled in detecting the secular agenda and have the ability to refute the false views and insert biblical views. Some parents who want to train "Christian thinkers" believe secular texts will teach their children to discern between good and evil.

A conscientious parent may use God-denying, humanist materials to point out illogic and contradictions in the other side, but the question remains: why would someone so dedicated to developing a Christian worldview use as his main tool one that is written from his opponent’s view? This is reverse thinking, isn’t it?

Biblical truth is the basis for discernment; once that discernment is firmly in place, humanistic and hedonistic thinking can be recognized, examined, and refuted. Secular books ignore the Savior, who received "power over all flesh" and to whom "all power is given." How can secular texts then be useful in the Christian homeschool?

Proverbs 1:7 says, "The fear of the Lord is the beginning of knowledge." The "fear of the Lord" suggests that obtaining knowledge is more than a mechanical process; it also requires a relationship. To be truly Christian educators, we turn to Him who is the source of the knowledge we seek.

Not All Subjects Are Equal, Are They?

Others have different reasons for not using Christian textbooks exclusively. They believe that some subjects are not necessarily "Christian," that mathematics, for instance, is neither Christian nor secular. But such neutrality is impossible. Every text is written by an author who has his own beliefs that permeate the book. Should the slant for Christians not be Christian?

Or others may believe that some subjects are not crucial to Christian education. To illustrate, let’s think of a two-story house. In the upper story we place the "spiritually important" Bible class and the study of Creation. In the lower story we are likely to place the "less spiritual" math, grammar, foreign language, and elective classes. The problem is that God does not separate learning into upper and lower levels. There is no learning that takes place aside from values.

Still others feel that secular texts lend authority to their curriculum. They believe that Christian textbooks are somehow not as credible. Many times it is not the content but the viewpoint itself that causes their concern. They fall prey to the liberals’ tactic of making Christianity seem less than academically respectable.

Frances Patterson, an assistant professor at Valdosta State University, says, "Textbooks and materials used in Christian schools are clearly biased toward a conservative fundamentalist outlook."2 She, of course, meant this as a criticism. To the Christian educator, however, it should be an encouragement, not a worry, that a secular humanist recognizes a significant difference between a Christian worldview and the secular. Secular texts are biased too.

Is There a Solution?

The liberal attacks do serve a purpose: they keep Christian publishers on notice. Christian materials must be exactingly written, use good pedagogical methods, and have excellent craftsmanship—in all student texts, teacher editions, and ancillary materials.

"As the Author of all knowledge and wisdom, God is not pleased by shallowness, superficiality, and shoddiness. . . . The Christian . . . is not satisfied with picking the spiritually strong but academically weak book over the one that is academically superior but offers little spiritual emphasis. He instead searches for those books that excel in both areas."3