BJU Press is a publisher of textbooks and video lessons for homeschool families. We are committed to creating materials that help parents deliver an education that is based on sound educational principles, inspires a joy in learning, and is rooted in a solid biblical worldview. We believe this approach helps children see how all learning is connected and important. As mastery and perspective increase, so does the desire to learn and create. As Proverbs 14:6 says, "knowledge is easy unto him that understandeth." 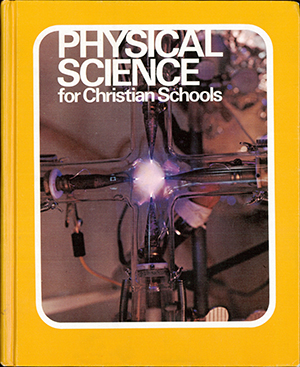 In the early 1970s, the Lord impressed two Bob Jones University science professors, George Mulfinger and Emmett Williams, with the need for high school textbooks that were both biblically and academically sound. By the time these men completed a manuscript, Dr. Bob Jones III, president of BJU, had also realized the potential for a textbook ministry. Consequently, an invitation was extended to other faculty members to "help out" at the Press in the evenings. Many responded, and the production of the first BJU Press textbook, Physical Science for Christian Schools, was underway.

Textbooks for all elementary grades are completed.

The book Christian Education: Its Mandate and Mission presents a compelling vision of what Christian education should be. Composed of fifteen articles, it defines the purpose of Christian education and presents practical advice to help schools achieve their goals. Upon its publication, the book also established a scriptural defense of the Christian school movement and offers advice about teaching methods.

BJU Press receives its first call from a home educator.

One day a homeschool parent called BJU Press customer service, requesting to purchase textbooks. Until that time, BJU Press had sold only to Christian schools. Almost immediately a new market opened as the Press became the first publisher to respond to the needs in home education. Since then, the ministry of BJU Press to homeschool families has expanded across the nation and around the world. 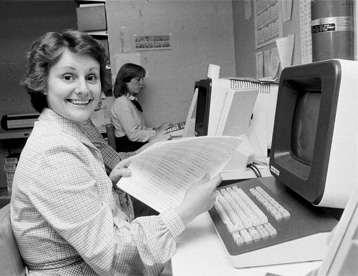 With increased demand for educational accountability and progress tracking came the need for a testing service for homeschools and small private schools. BJU Press Testing & Evaluation offers a variety of reliable, nationally recognized achievement tests, as well as learning abilities test and other assessments. These testing services are fully authorized and approved by the test publishers.

The Academy of Home Education is founded.

The first Homeschool Helper is printed.

In 1997, BJ Homesat began developing more educational programs from the BJU Press product line. These video classes were designed specifically for homeschool families and broadcast via satellite. For twelve years, the Homesat teachers and staff produced visually appealing, academically excellent video lessons for every subject in every grade.

Distance Learning is released on DVD.

In 2003, BJU Press began to offer its award-winning Distance Learning classes on DVD. Homeschool families appreciated the convenience and flexibility of the DVD option, which allowed them to use their home DVD players and set their own schedules.

The needs of homeschools and Christian schools have changed throughout the years, and by God's grace BJU Press has developed new products to meet those changing needs. But we still hold to our core distinctives;teaching for comprehension and discernment, supporting the teacher, and promoting the joy of learning. BJU Press is growing and changing; but most importantly, it is giving Christian educators the tools they need to teach from a biblical worldview and help young people be prepared to live a godly life. "Not unto us, O Lord, not unto us, but unto thy name give glory, for thy mercy, and for thy truth's sake." -Psalm 115:1